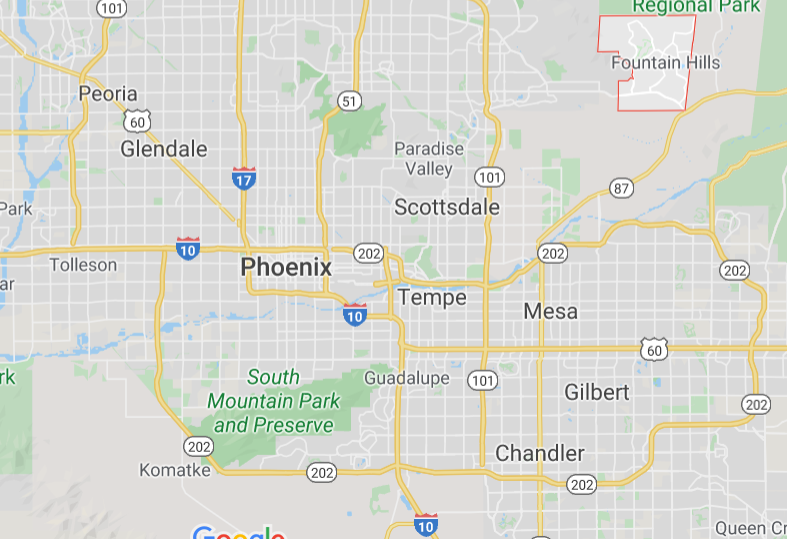 If quiet retirement at any age sounds apppealing to you, near the desert lakes and sandwiched between a casino and Scottsdale there is a city for you. When it was first built in the 1980’s, it was quite remote. As such, they needed a way to draw people into the city. Their answer? The world’s largest fountain.

The city is built around this 180 foot fountain (now the second largest though it was the largest in the world when it was built) that goes off every hour for 15 minutes and can be seen from many miles away. It is surrounded by a large grassy park that acts as a town center and sits right at the end of the original downtown Main street.

Things to do in Fountain Hills

Fountain Hills sits between the shopping and dining mecca that is Scottsdale, and the massive desert lands that stretch for hundreds of miles between Phoenix and Payson. Maybe the easiest thing to point out is in fact the world famous fountain in the middle of the city that’s already been mentioned. Outside of that, Saguaro Lake is only 20 minutes away, 4 peaks hiking and biking nearby, 4-wheeling in Sycamore creek, or take in the sights and sounds of the Fort Mcdowell Casino.